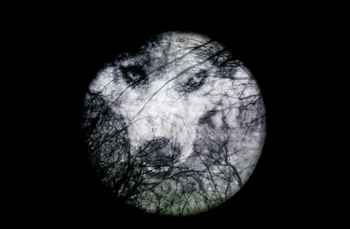 It’s nine o’ clock in the morning.
The place is one of the coldest on earth.
A man alone, accompanied only by his dog, walks through a land completely covered in snow, following the traces of a frozen stream. He has to reach the base camp and his friends, before dark. The temperature is low, minus sixty Chelsius degrees. In these conditions, common sense and popular’s knowing would suggest to move only in a group or to stand still, waiting for the temperature to rise again.
But the man has decided to go anyway: he brings with himself only a couple of biscuits covered in fat and wrapped in a handkerchief.
He has to constantly move, in order not to freeze, but at the same time he has to be careful to any single step he takes: with such a low temperature he can’t commit any mistake.
But suddenly, it happens: the man puts one foot in a lie, breaking the thin layer of ice where he was walking and gets his foot wet. Sixty degrees Chelsius below zero.
In order to survive he has to build a fire, quickly.
The plot of this Jack London’s tale runs out here, it is clear since the first pages.
There are no other carachters, aside from the mysterious man, there are no shiftings of places or time, no prologues or epilogues. There is only the grand fixity of an hostile, wild nature. There is only the constant movement of the main carachter. There is only a grey, sunless sky, the treetops covered with snow, the creaking of ice under the feet. There is only cold and silence, there is only one thought: to survive.
Despite of this incredible semplicity of action, the dry, precise, neat writing of the american writer keeps us nailed from the first to the last word, while step by step we proceed along the path together with the nameless carachter, until its inevitable conclusion.
The plot of To Build a Fire is like the tip of an iceberg: what exists seems to be only what we see, but it’s under the surface that the greatness lies. Staging the conflict between man and nature, between reason and instinct, London activates a powerful and deep reflection on the relationship between man and his own limits, on the crazy pressure that moves us, on the fire that burns inside all of us and on the efforts we have to make in order to keep it alive.
The space of the installation is essential. A huge, suspended semi-transparent lens hangs in the middle of the space: a cloud, an image container, a window to the elsewhere of the tale.
This work is about translating into a sound, video and musical language the tensions that inhabits London’s tale, its rythmic development, its movement, in order to activate in the spectator the same sensations of the tale’s main carachter.
We don’t want just to tell a story.
We want to be there, flesh and blood.
American Tales is a project that combines three “tales for sounds and images” inspired by three famous stories, all written by american authors and connected by the theme of conflict.
Each one of this tales is presented through a stage installation built for the specific tale, a voiceover, a video and a sound score.
The willness is to create immersive experiences that aim to create a full over-identification between the spectators and the main carachters of the stories in order to rediscover the beauty of an oral dimension, the strength of a simple story-telling.
The tales can be presented not just in theatre space, but also in alternative places, like rooms, tunnels, art galleries, cinemas, enormous or small places, indoor or outdoor. They might be presented individually or all together, on the same day, one after the other or in different days.
There’s no limit of public or specific modes of fruition: these tales could be heard and seen standing on the grass, on a chair, alone, or together with a thousand people.
PHOTO
VIDEO

CALENDAR
PRESS
“Muta Imago uses theatre to contaminate it with cinema and literature, creating a show where music, voice and image interpenetrates in an efficient cog that engages on a visual, sensorial and emotional level.”
Sarah Curati, Paper Street