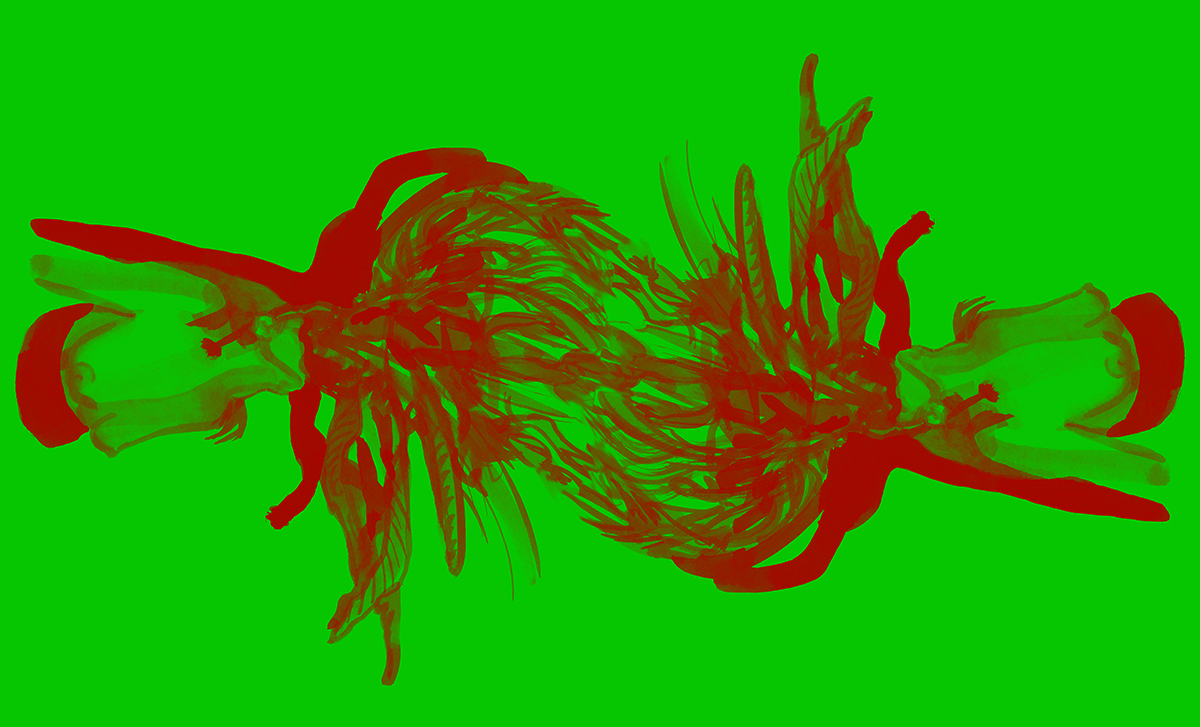 production: Muta Imago
with the support of: Angelo Mai
company financed by: Mibact

Combattimento investigates the concept of love as battle, seduction as conquest, desire as abandonment of a state of normality end entrance in a dimension of mistery.
Everything revolves around the bodies of the two performers onstage and the relationship they establish during the performance: the aim is to share with the spectators the experience of two persons who try to exit from themselves, to transform in order to meet the other, through the gesture of dance.
Combattimento has the shape of a wild contest that moves from the study of “mating” in the animal world (the ensemble of ritual movements that birds execute to activate desire in the partner), crosses the Après-midi d’un faune by Nijinski and comes to Sergio Leone’s duels.
A circular and hypnotic movement that try to investigate love as push of desire, the desire as exhibition of one-self and the intercourse as the exchange and the nullification of identities.

FOTO
CALENDARIO
Load More
CRITICA
“For fifty minutes we saw life acting on stage – action, drama, theatre – under our very eyes in this wonderful show. We felt deeply touched by a sense of life that overwhelmed us, initially felt as unfamiliar, but then, little by little more intimate, more terrible.”
Dino Villatico , Gli Stati Generali

“A succesful descent in an animality with a wild charm whose imaginary moves in a broad arch that goes from a rewriting of the body-builder posing to the pop-range of latino-american drifts, from the unstoppable convulsion of a body transformed into sex itself, to quotes from Carribean risto-dance sambas.”
Carlo Lei, Krapp’s Last Post

“Encounter is at the base of this dance; the mutual dependence between two bodies; a multiple series of relational nuances that provoke opposite effects. After the initial delicacy of the movements, violent embraces, persistent contacts, fights take place. Everything gets confused in this vis-a-vis that uncover the instinct, the irrational, the immediate physical reaction, observing its symptoms until the very end.”
Nicole Jallin, Cahiers des Arts