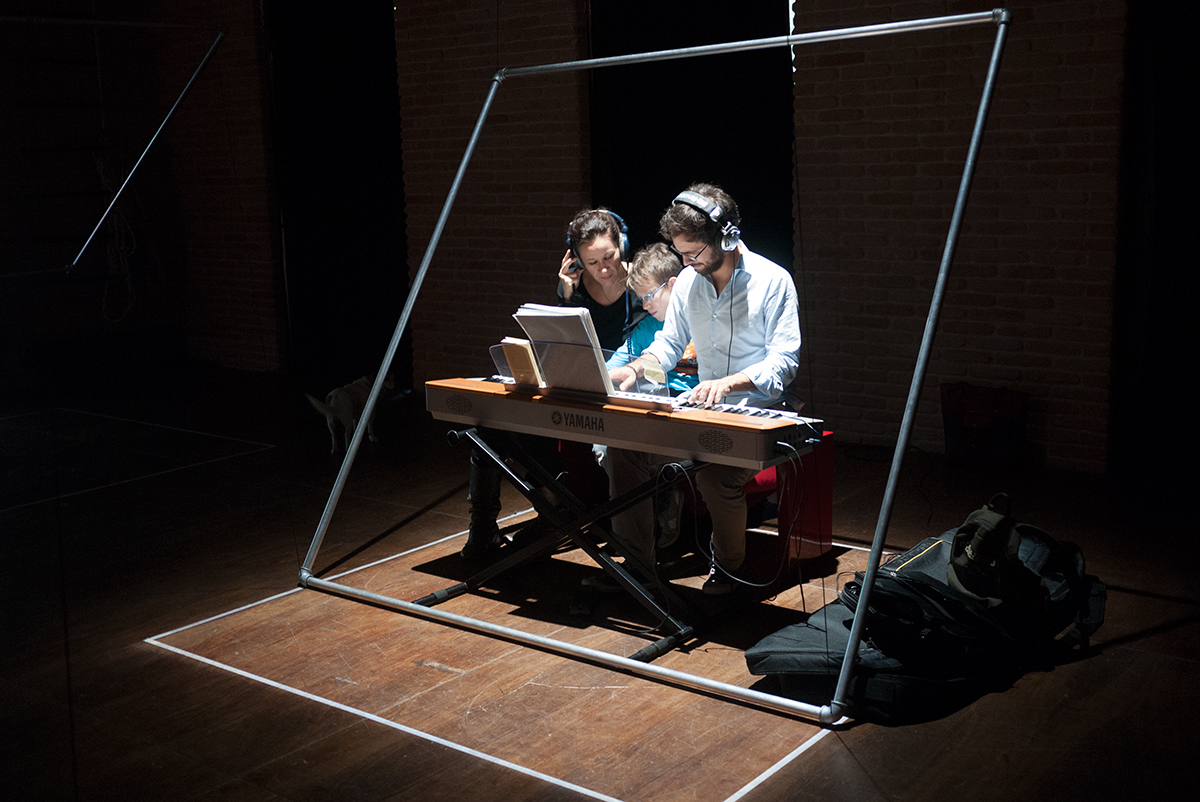 Una settimana nella vita is a project about the glance we address to others. It is a project about seeing, meeting and catching; about collecting and giving back traces of lives that we never met before and we would never have the chance to meet again. For a week, nine performers enter the lives of nine people.

The nine people have to be part of a particular community, a community that in a sense, is going to disappear:the workers of an industry that will soon close; the inhabitants of a building that will soon be tore down; or simply nine old people at the end of their lives.
Every time the particular community is chosen after a period of study of the characteristics of the place that will host the project. Each performer will spend seven days, 24 hours a day, in the life of a particular person: they will be together in the morning, they will go to work together, they will eat the same meals, they will see the same movies, they will go out at night with the same people. After a week of hospitality, each artist will have another week to produce a portrait of his/her guest; to decide what to hold back and what to forget; what to reproduce and what to describe.

All the portraits will be displayed in the eventual spaces that identify the community of reference: it can be one,like a factory, or a school, or more, like the different apartments of a building.The spectator will come in and will be taken by hand by one of the performers that will bring him/her inside the life of his/her host. The performers will be free to decide what to tell, what to interpret, what to describe: he/she will be a sort of Virgil that will accompany the spectator inside the life of a stranger and will show and perform for him/her what he/she decided was important to tell. For half an hour the two will be together; the performer will tell the story of the person and perform a particular action that for him/her is meaningful and significative to describe his/her host.

They could be just sitting in the host’s living room looking at his/herphotograph album; they could cook and eat together his/her favourite meal; they could walk together the streets that every morning is walked by the host.Una settimana nella vita it’s not about interpretation, but about returning traces, telling stories and sharing intimate experiences.We want to move from the intimity of this strange, possible relationship, that is doubled by the one-by-one relationship between the spectator and the performer, in order to understand if and how today is possible to tell the story of a life that is disappearing.